Having won Undecima by defeating city rivals Atletico in the Champions League in May you could be forgiven for thinking that Real wouldn’t need strengthening over the summer. However, needing and wanting are two different things. Florentino Perez created the original Galacticos of Luís Figo, Zinedine Zindane, David Beckham and Ronaldo in his first spell as Club President between 2000 and 2006. Since returning in 2009 Perez has broken the world transfer record three times, signing Kaká from Milan for just under £60 million, Cristiano Ronaldo for £80 million from Manchester United three days later before purchasing Gareth Bale from Tottenham Hotspur for a fee reported to be £86 million in 2013.

This summer the biggest names in the tournament are Real Madrid teammates Ronaldo and Bale. There are a number of other players who have come to France with high profiles and even higher expectations. Robert Lewandowski is leading the line of Poland hoping to re-create his Bayern Munich form with his national team, Paul Pogba continues to enhance his reputation at Juventus and will hope to bring home success for hosts France. There are also the players who have started the tournament well and catapulted their name among the elite, such as Dimitri Payet’s match-winning goals in France’s opening two group games. Marek Hamsik has been a talisman for Slovakia and despite losing to Wales Napoli’s captain impressed before a match winning goal against Russia. 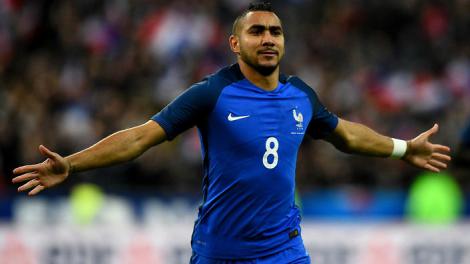 Signing players off the back of a decent tournament generally doesn’t provide value for money. The selling club uses the exposure to increase the asking price. And if there are a number of interested clubs the player’s value pushes up further. After the World Cup in Brazil Real Madrid signed James Rodriguez from Monaco for £63 million. The midfielder was a star in the Colombian team with six goals and two assists in five matches, including the goal of the tournament which won the FIFA Puskás Award. Rodriguez only spent one season in the Principality prior to his move to Real having left Porto in 2013 for £33 million. This meant that his value had almost doubled when moving to the Bernebeu.

Although players are judged on the pitch the business side of the game has become just as important to the clubs. When signing players for large sums Real are counting on the players’ profile to recoup their transfer fee through shirt sales and memorabilia. According to the club they sold 1.2 million Cristiano Ronaldo shirts in his first season at the club.

It will be interesting to see who Los Merengues do break the bank to sign the star of the tournament. Once the group stage is complete and the knockout phase begins it will be easier to see which players may be on Real Madrid’s radar. However, for the moment let’s sit back and enjoy the football.

A blog for all football fans across the world!

Analysis of the Beautiful Game

Football writing focused on Venezuela and, occasionally, the rest of the Hispanosphere.

Lyrical journeys through the world of International Football

The #1 Football Opinion and News Blog

Celebrating the Mundane and Mediocre

From Beauty to Duty

fplpicks
Doing the AVB whilst playing FM since 2012...
The Conventional Playmaker

Football tactics with sides of history and statistics